Veteran actor, Adebayo Salami has taken many by surprise after challenging Fuji singer, Pasuma to a dance battle. 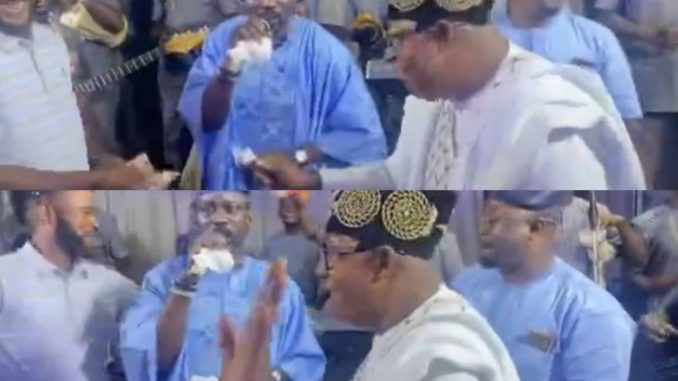 The highly revered entertainers were among the few who attended the wedding of Wasiu Adedeji.

News reported on August 28th that Nollywood actor, director, and producer Wasiu Adedeji had finally tied the knot to his lover, Eniola Ayo.

Yoruba Nollywood stars came out in large numbers to support the newly wedded.

Adebayo Salami shared clips from the event where he dared the legendary singer to a dance competition and interestingly, Pasuma, who was one of the singers thrilling the guests, accepted the challenge.

The two battled it out on the dance floor as many guests were in awe of the actor’s dance moves.

Sharing the video on his Instagram page, the father of Femi Adebayo sought his fans’ opinion on who killed it on the dance floor.

As expected, many of his fans crowned him the winner.

smgbaba5: You are the winner sir

News recalls that veteran actors, Jide Kosoko, Yinka Quadri, and Adebayo Salami had proven that age is just a number.

The veterans gave the younger generation a run for their money as they proudly showed off their dance skills.

In a video uploaded by Femi Adebayo, the prolific actors could be seen showing off their dance skills while sitting.

The trio had attended the traditional wedding of Tolu Agbeyo’s son alongside Femi Adebayo, Faithia Williams, and Doyin Okukoyi.

Sharing the video, Femi Adebayo praised them for coming out elegantly to celebrate one of theirs.

“Our fathers came out elegantly to honor Sr. Tope Agbeyo. May God continue to bless them for us”.

Faithia Williams, Sola Sobowale, Lola Magret, and others took to the comment section to hail the thespians. 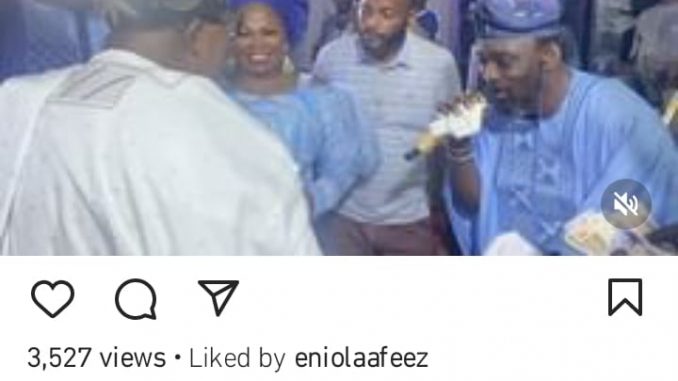