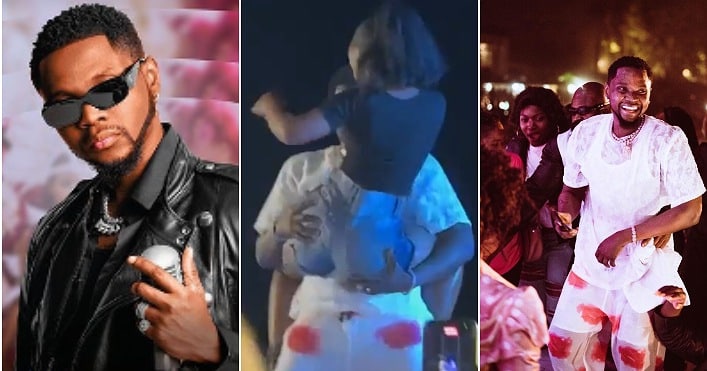 Popular Nigerian singer, Kizz Daniel, has been trending online following his activity on stage with a random female fan. 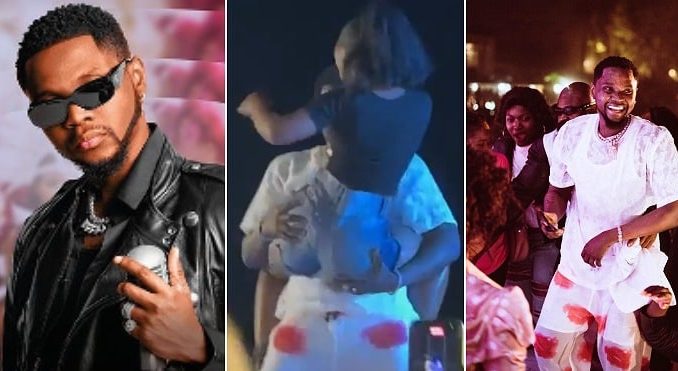 The singer is presently visiting several countries in the continent for his ‘Afro Classic World Tour’.

During a stage performance in his recent show in Malawi, the singer made a female fan excited after bringing her on stage and featuring her in his performance.

The young lady was full of joy as she jumped on the singer and twerked on Kizz.

This is not the first time Kizz Daniel would be bringing an excited female fan up on stage and have her time with him.

This won’t be the first time the singer would bring an excited female fan up on stage and have her dance on him . Earlier in the month, he disclosed that he employed a young lady he rocked on stage during a performance prior.

While performing at his Afroclassic World Tour 2022 in the US, the ‘Buga’ crooner had a steamy moment with the female fan.

Speaking on the performance in an interview with Charlamagne Tha god and Angela Yee on “The Breakfast Club” show, the father of two revealed that he employed the lady and that she even came along with him to the said interview.

When asked if he has ever considered toning down the way he ‘expresses’ himself with ladies on stage, Kizz Daniel said he always seeks the consent of the ladies’ before groping or doing anything sexual with them.

Lady jumps on Kizz Daniel, twerks on him during stage performance