VIDEO: This is senseless”, Reactions as MC Noni showers 100 naira notes on his newborn

Actor and comedian, MC Noni has made it rain on his new born baby as he was captured on camera spraying naira notes directly on his baby to welcome him into the world.

The proud father was spotted doling out 100naira notes on top of the new born baby who was placed on oxygen. He captioned the video, “Welcome to the world my love ❤️❤️”. 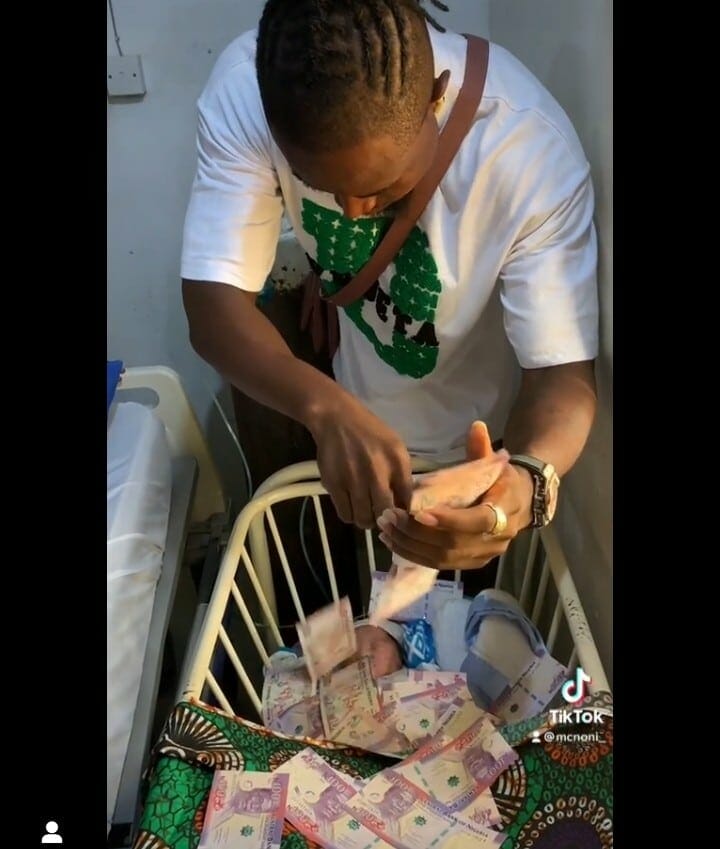 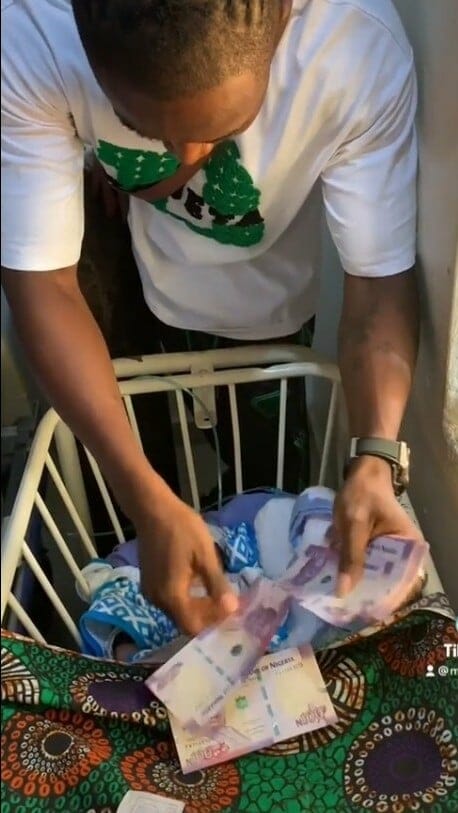 However the video attracted lots of criticism as some followers felt he went over board by spraying money on a little baby, some felt he ought to have given the money to the baby’s mother rather than spray the notes on the child.

Another felt it was senseless and unhealthy while one opined that he should have hugged the woman, and let her know how much he appreciated her instead of spraying on the child. 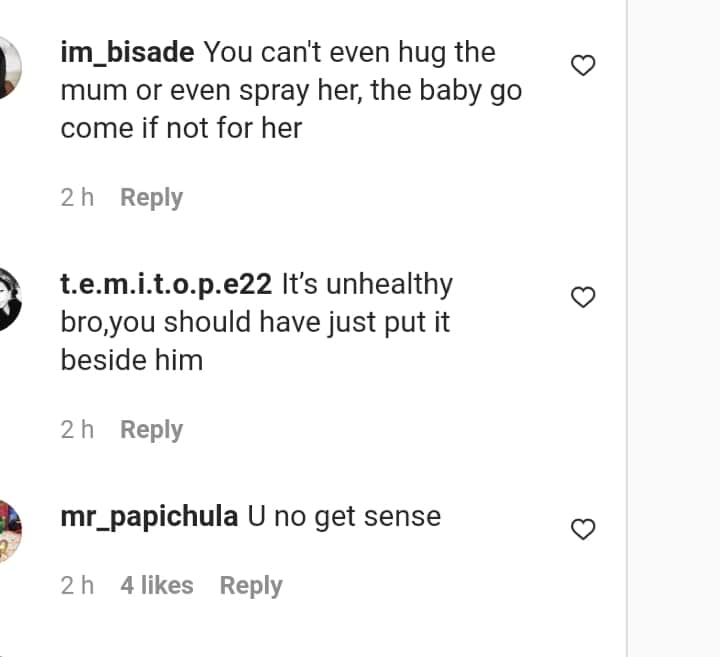 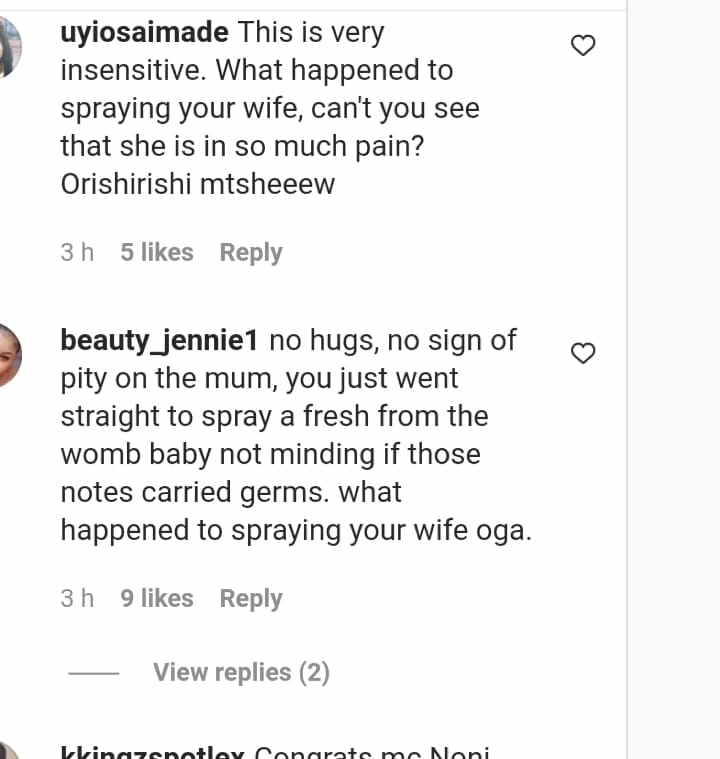 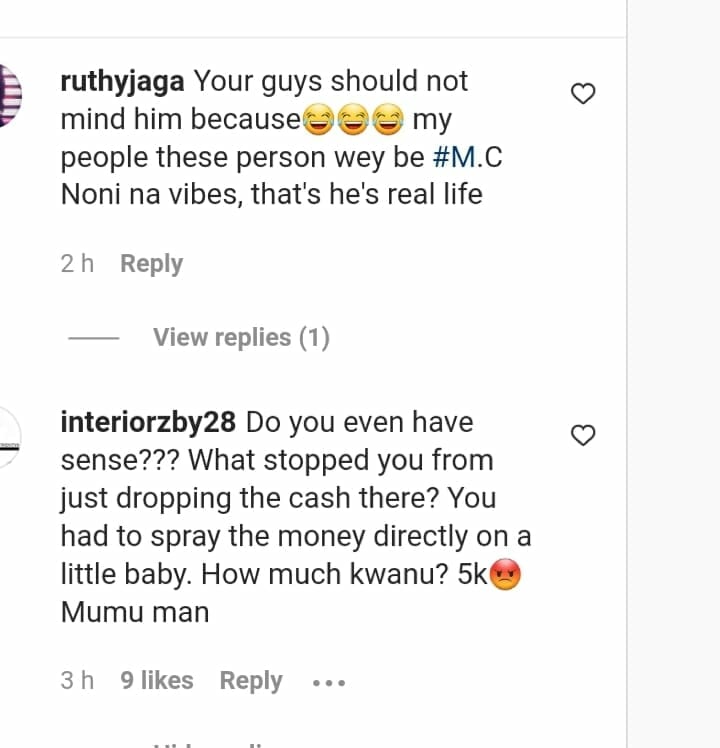 News recalls that it was rains of money and excitement around Oshodi axis of Lagos State as American born Nigerian singer, David Adedeji Adeleke also known as Davido, took the area by the storm over the weekend.

OBO as he is fondly called jolted residents and street urchins who chased after money he threw out from his roof top vehicle.

It was also gathered that the ace musician was on his way to pay MC Oluomo a visit. 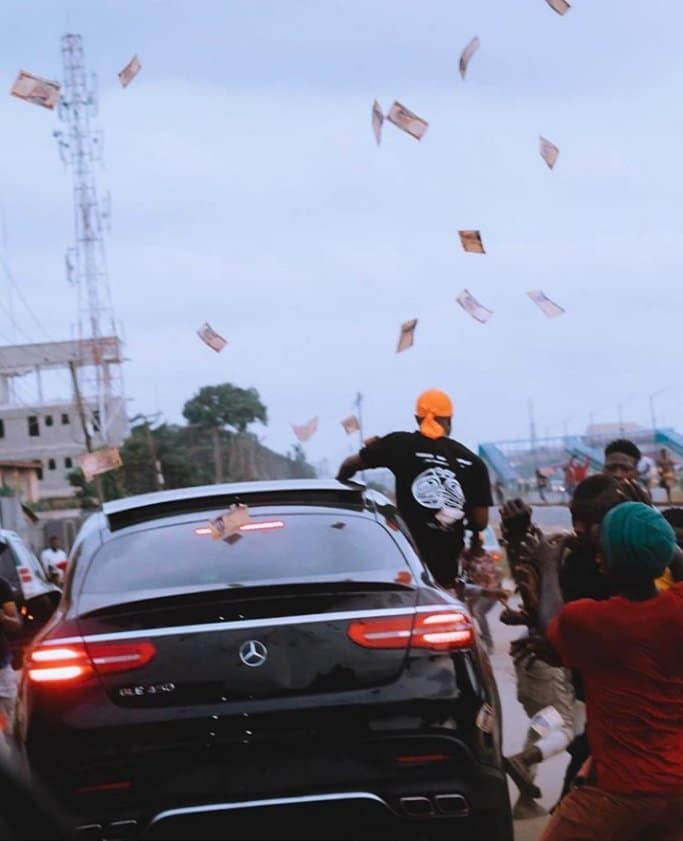 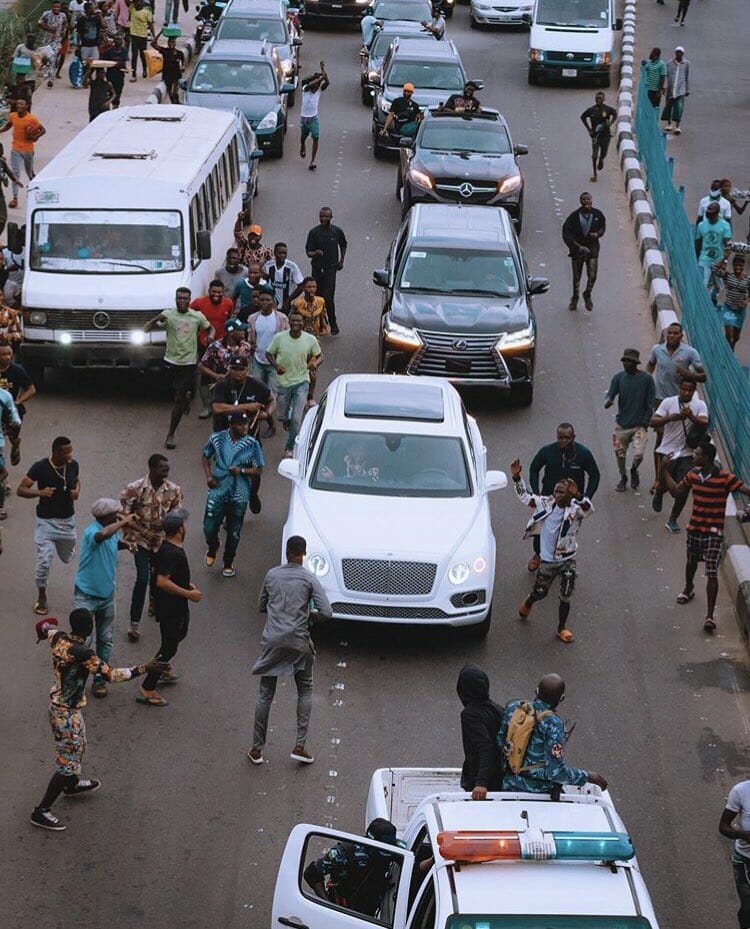 This is senseless”, Reactions as MC Noni showers 100 naira notes on his newborn