NB recalls that Wunmi Toriola and Seyi Edun used to be best of friends until their relationship went sour and both parties went their separate ways for reasons best known to them.

The fight got worse after Seyi ignored Wunmi’s son, Zion on his first birthday by refusing to celebrate him. She was also missing at the party organized for the little one despite playing the role of an assistant on Zion’s naming ceremony.

Again, the mother of one has ignored her former bestie on her birthday and this is evidence that the feud between them is unending. 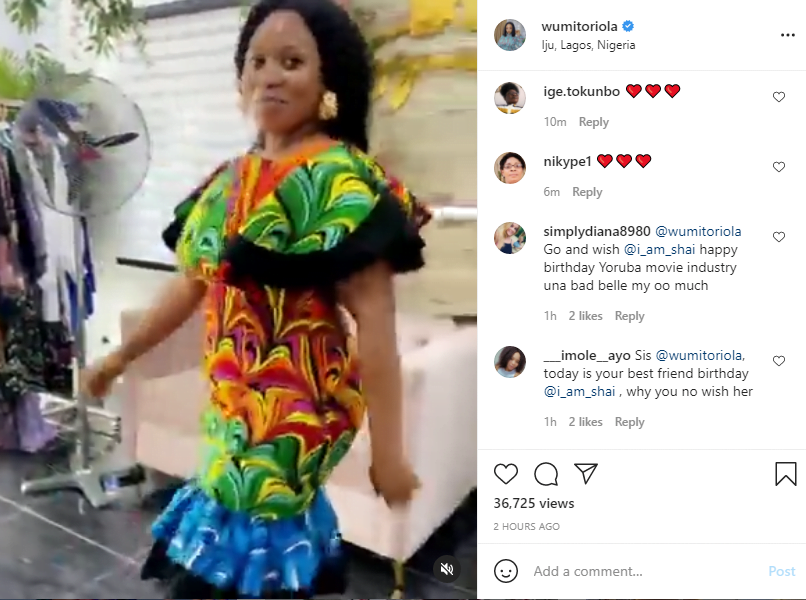 Instead, Wunmi went on with her daily business activities on her Instagram page.

Some concerned fans, however, called dragged Wunmi for refusing to celebrate Seyi Edun.

See some of their comments below;

READ ALSO:  “I didn’t know I’m this famous, everybody knows me” – Mercy Eke brags at the airport (Video)

@___imole__ayo wrote “Sis @wumitoriola, today is your best friend birthday @i_am_shai , why you no wish her”