Nollywood actor and activist, Yomi Fabiyi has continued to speak out on his deteriorated relationship with his babymama, Grace Jimoh.

The actor who had accused her of domestic violence has shared police reports to back up his allegations.

Taking to Instagram hours ago, Yomi Fabiyi dragged her for feeding the public lies about him.

He revealed that during one of her episodes, he had informed the Police at Ipakodo police station four times until he was referred to the Office of public defender.

“Instead of going public, after reporting to the Police at Ipakodo Police Station four times, the Police refer to Office of Public Defender. I cannot continue to allow criminals hold me to ransome.

In another post, he revealed that the court did mediation for them, yet she still went in with her domestic violence.

Yomi Fabiyi revealed that the mediators advised them to leave separately for peace sake but she didn’t move out as ordered by the court.

News recalls Yomi Fabiyi had shared several proofs to shut down allegations that he was involved in sex for roles.

Sharing a screenshot of his private chats with Oreofe, Yomi stated that only a criminal and reckless journalist would not balance the story before concluding.

“Social Media and anonymous blogging :
This was how it started with Grace and I. Is this SEX FOR ROLE? Only a criminal or reckless journalist will not balance story before reaching a conclusion. You created a platform, violate people’s rights, gained traffic with people’s life, health, career. This has brainwashed innocent lads and turned them to addicted trolls and cyberbullies, their background now stinks. These innocent and imperfect folks now think their days is incomplete without any bad news, celebs or person’s to drag, troll or curse. Anarchy looms! Stop promoting, supporting or encouraging criminal blogging. Not safe for society, your children and your mental health” 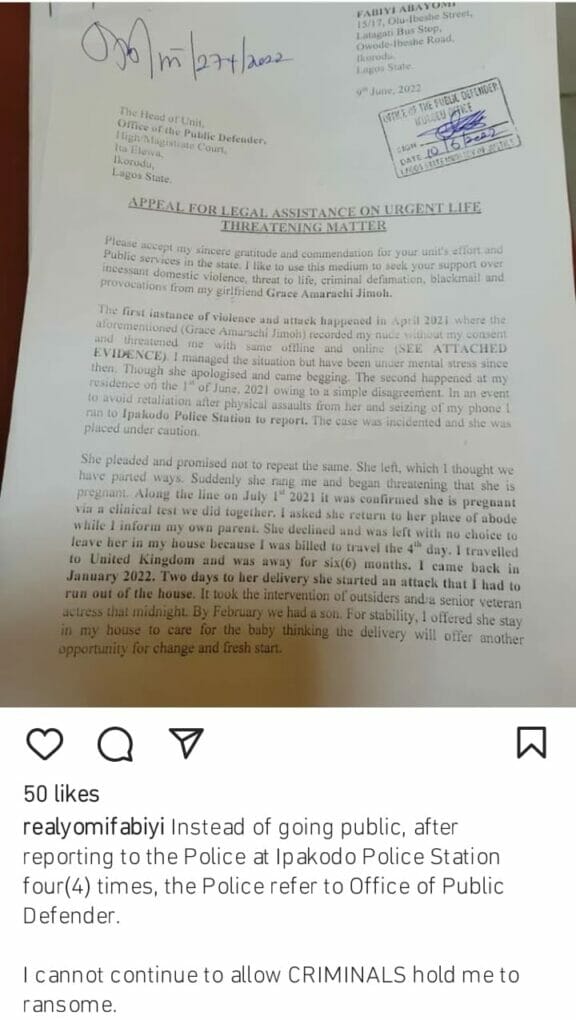 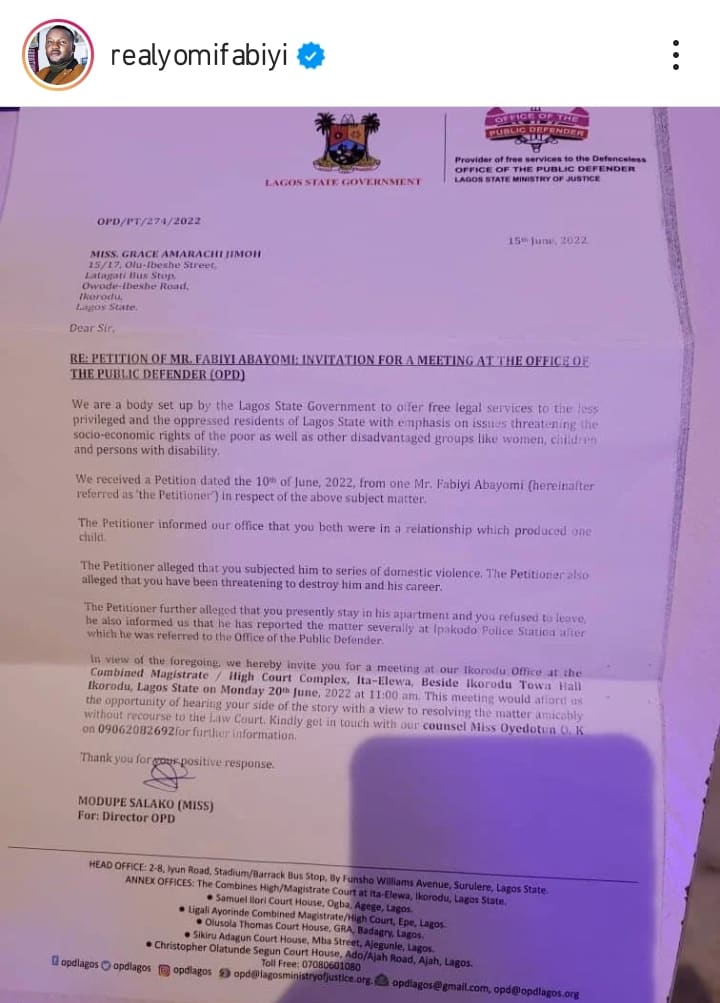 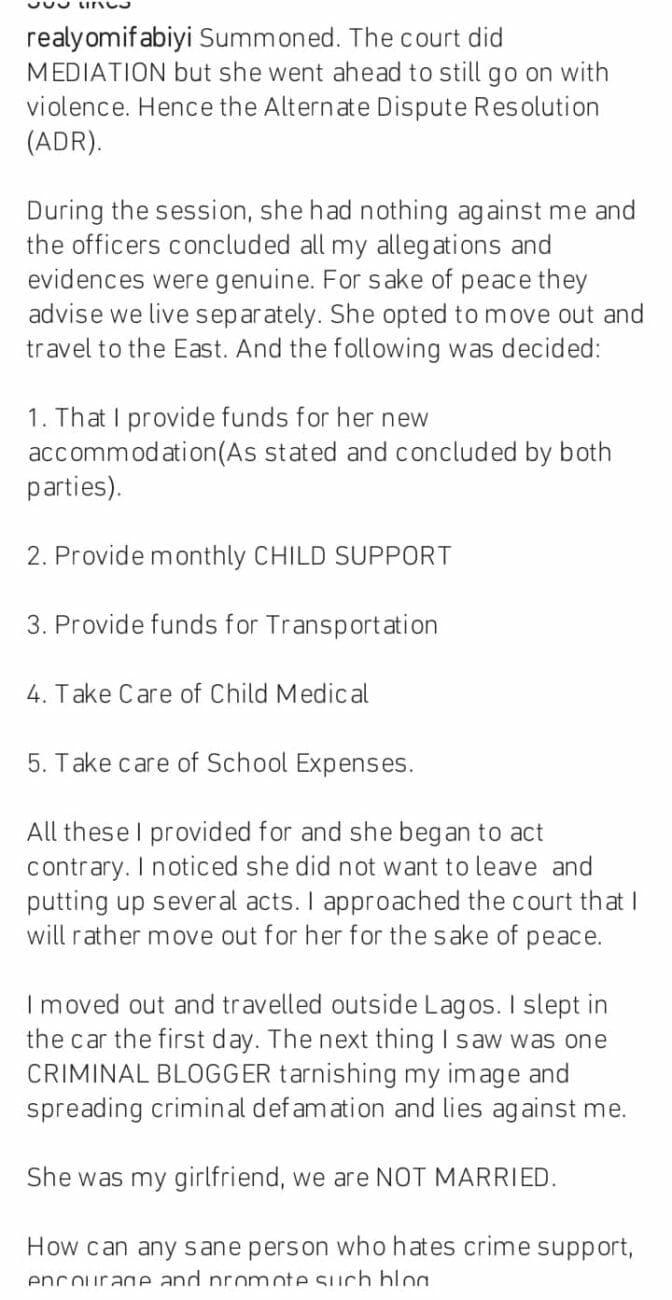