“You Tried To Fight The Battle And You Win, You Are A Conqueror” – Actor Yomi Fabiyi Shower Praises On Kemi Afolabi As She Regains Her Health At US Hospital 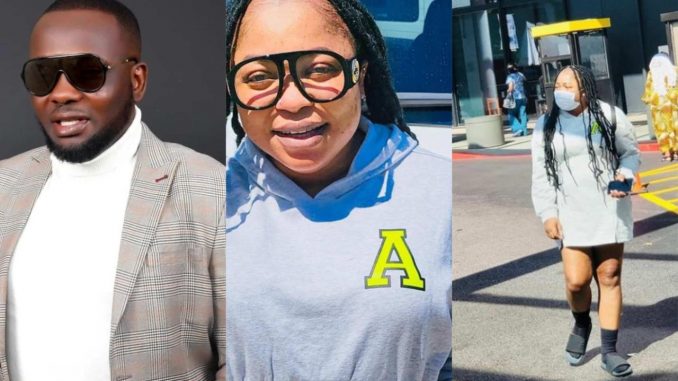 According to NB News, Kemi Afolabi made headlines in March when she begged Nigerians for assistance and disclosed her daily struggle with lupus, which has cost her millions of Naira each week for treatment since January 21, 2021.

The actress disclosed that she had been diagnosed with lupus and had just five years to live in an interview with media personality Chude Jideonwo.

When the body’s immune system destroys tissues and organs, lupus is a disease that develops.

Nollywood actors flocked to her side in great numbers to ask for financial support after hearing the heartbreaking news.

Colleagues like Mercy Aigbe, Toyin Abraham, Mide Martins and her husband Afeez Owo, Tayo Odueke, Bisola Badmus, Yomi Fabiyi, Wumi Toriola and many others have called for help on the actress’s behalf.

Their good deeds had worked for the actress, who is now in the US seeking medical treatment.

Yomi Fabiyi made the good news on her behalf as he penned a lengthy appreciation post for all who contributed through prayers, time and finances for her help. 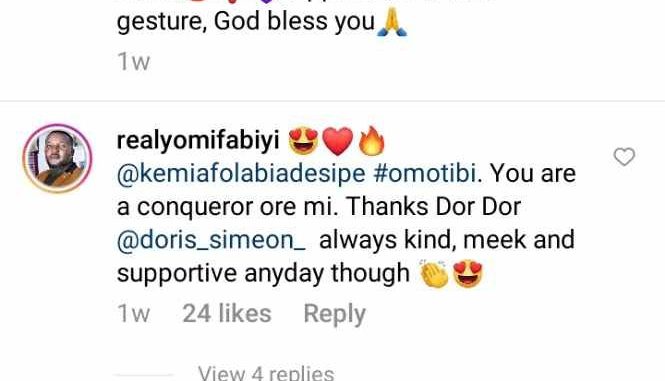 Kemi Afolabi, who had returned to social media after three months of break, had delighted fans with stunning photos of herself.

Taking to her comment section, Yomi Fabiyi showered love on her.

Describing her as a conqueror, Yomi Fabiyi appreciated her doctor for being kind, meek and supportive.

“You are a conqueror ore mi. Thanks Dor Dor @doris_simeon_ always kind, meek and supportive anyday though”.