“Your joy shall be permanent” Iyabo Ojo, Mercy Aigbe, others react as Kemi Afolabi shares adorable moment with her daughter

Nollywood stars and fans of actress Kemi Afolabi have reacted to the beautiful photos she shared online with her daughter, Darasimi. 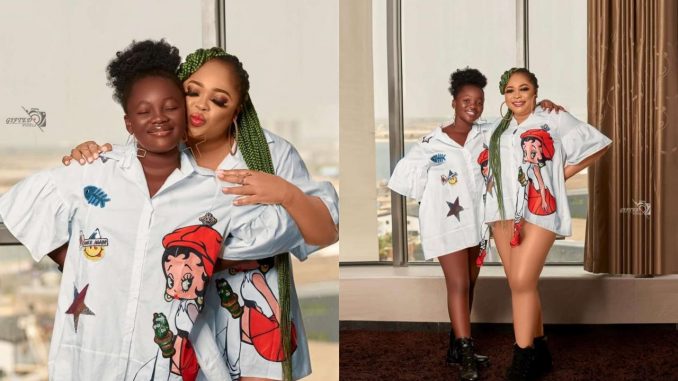 Recalls that the mother of one who had been receiving special treatment in Baltimore, Maryland, USA, returned to social media with a video of herself looking fit and healthy.

Kemi Afolabi shared beautiful photos of herself and her daughter on Instagram, accompanied by a diamond caption, notifying all that her daughter is priceless.

Nollywood artistes such as Yewande Adekoya, Iyabo Ojo, Mercy Aigbe, Itele, Esther Kaslejaiye, Taiwo Bola, among others, took to Kemi Afolabi’s timeline to shower her with love and prayers.

shushu_official: You both look beautiful

moshey_cakes: May God continually make u strong and completely whole…

abimbola_abekeade: May your days be long Insha Allah sis

omobolalomonje: Your joy shall be permanent, my sister

agun.funmilayodebby: God bless u thanks for being so strong for her.ur life and health is perfected

Reported on March 11, 2022, that Kemi Afolabi opened up on her discovery of lupus and what she had been through.

Reactions as Kemi Afolabi shares adorable moment with her daughter